What You Need For A Wood Stove 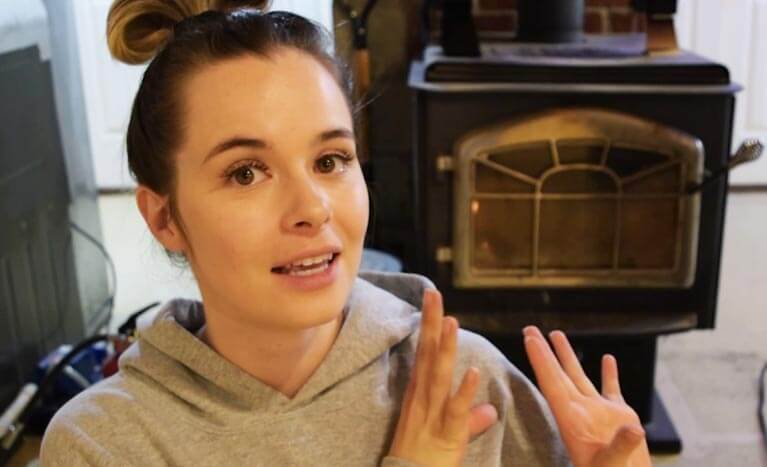 Before arriving at the homestead, I had no inkling of the learning curves I would face here. My first challenge involved the heating system.

Several days after moving in, a cold front slapped the region, blanketing the mountains and hills with snow. Visions of my previous heating system crowded my thoughts as I searched in vain for a thermostat or control box. This house is much older than my previous home (about 50 years), so I wasn't exactly sure what to look for. I had assumed everything would just work.

How could they live here last winter if it didn't?

With cold air teasing my extremities, I layered up with clothes and covered my face in a thick homemade scarf. I had no idea how to deal with such an awkward situation. I did find some respite in the living room, the center point of the house; it was a bit warmer there since it's furthest from the exterior walls and windows.

The thermometer in the kitchen read 56F. BRRR!!!!

I finally had enough and I decided to brave the creepy basement. I did remember seeing a furnace down there somewhere during the walk-through. That basement was not a place I wanted to venture, but either I get the heat flowing through the house or I freeze my butt off...

I cracked the doorway leading down. It was dark and shadowy in there, and I hadn't even explored all the rooms. I peered into that abyss, my eyes darting about as I crept down steep creaky stairs. To my left, I glimpsed a broken electric box featuring 4 light switches and exposed wiring. The box isn't flush with the wall so a wayward finger might invite a spark. Maybe the ZAP would leave me alive yet generate some heat for the house. Silly thought. I didn’t want to find out, so I carefully flipped the switches and continued down. I had to duck near the bottom of the stairs—or bang my head against a low hanging joist. I walked on the cold concrete, through an unfinished hallway to arrive at the funky heating system.

I had never used a woodstove before. I could see it wasn’t like a traditional fireplace where wood is loaded in the front and smoke billows up through a chimney. Instead, a gigantic metal pipe connects the stove to a chimney built through the middle of my house. I figured it must be easy enough to use, since they survived last winter, so I carefully loaded it with wood from a small pile left by the previous owners. Long-lost memories flooded through my mind—crumpling old newspapers, tucking them between logs in the fireplace I grew up with. Courage bubbled up in me: I know how to do this! I can easily start this fire.

I pushed in some newspaper balls and struck a stick match from the box. After a couple false starts, I rearranged the logs to allow for a flow of oxygen through the voids. The flame grew into a small blaze and eventually it was taking larger wood pieces. I closed the heavy glass door and watched the dancing flames. I noticed an odd metal pulley of sorts, with numbers running up and down the side.

What the heck is this?! I pulled it towards me, extending it out to "5," Then I pushed it in until the number went to "1," near the word “LOW.” My childhood fireplace had no such fancy levers, just a black metal curtain, a sooty log poker, and an ancient brush thing-a-ma-jiggy.

Thoughts raced through my mind:

“Why can’t this just be simple?”

I took out my phone and searched on "woodstove pulley." Thank you Google! From the scrolling photos and article excerpts, I realized it's simple: the pulley controls oxygen levels entering the woodstove. For a hot blazing fire, yank it out to "5." For a slow, overnight burn, keep it between "1" and "3." Since I was chilled to the bone, and had been for days, I set the pulley on "5." The fire blazed to life, and over the next day, as I consistently fed wood into the stove, the kitchen thermometer climbed to 74F.

The heat was not instant around my house, but the mysterious woodstove ended up being an amazing heat source for my house. I love it!

After using it consistently for a month now, I can answer a few questions:

What items are needed for a wood stove?
An ash collection bucket and shovel , multiple fire extinguishers, a heat-powered stove fan, fire resistant gloves, a metal poker, a wood storage shelf, a butane lighter, a woodstove kettle, lots of kindling wood, bigger pieces of wood... wood, and more wood! I hope I never have to use the fire extinguisher! I have two—one beside the stove, another across the room.

What are heat-powered fans?

These fans do not run on electricity; rather, they get energy from heat. Once the stove is hot, the fans turn, circulating heat around the room. I have three such fans on my stove that push heat over to my HVAC system. There is a big difference in heat around the house when these fans are not running, circulating warm hair; it's much colder.

And here's the goofy part of my new heating system: the HVAC is here with the sole purpose of distributing heat from the wood stove around the house... What the!?

With only a wood stove and a partially functioning HVAC system, I now understand why they have so much wood strewn about the property. No mention of this in my Inspection Report!

I have come to LOVE this wood stove! At first, I thought it was a funky heating system but now I realize it's the perfect heating system if the proverbial crap ever hits the fan, if and when the power grid fails and I'm forced to live without electricity. I can still heat my home and living space with wood, so I'm one step closer to becoming self sufficient!

Berkey Vs Brita Which Water Filter Is Best?

Survival Basics To Stock Up On

Best Heater for the Apocalypse

Welcome to my homestead. I'm happy you stopped in to visit. My goal is to make this site tranquil and welcoming, like a house in the country where the doors are never locked... friends and family drop in to say Hello anytime day or evening. On my farm, I grow vegetables in the garden, nurture animals in the pastures, hand-pump water from the well, and warm my house with wood from a nearby forest. Everything is pesticide free, as organic as a newborn baby. 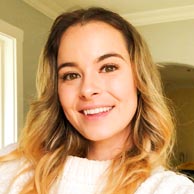 How To Use A Sourdough Starter

Berkey Vs Brita Which Water Filter Is Best?